Just got back from a week in Florida. After leaving The Villages, I dropped Di at Tampa airport and scooted on down to Punta Gorda to meet up with the rest of the nerds. We took the boat down the Alligator River (it's really called that) into Charlotte Harbor and across to Cayo Costa State Park which is an island just north of Captiva. Lot's of fun and lot's of great birds along the way including Brown Booby and several Common Loons! Boobies! It's always great to see Boobies. . .

We also had Hooded Mergansers on the canal right at the house. I got good photos of this hen while she snoozed on a palm tree log. Poor thing has a droopy wing but she was getting along just fine fishing etc. We spoke to the volunteer at the Peace River Wildlife Rehabilitation Center about it. He said that they wouldn't be able to catch her if she was moving around that well. That's good news. You can see her droopy wing in this photo: 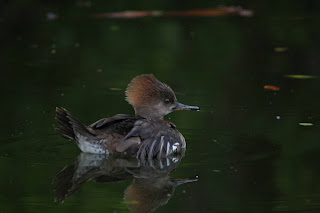 Here are another couple of Hooded Mergansers on the canal: 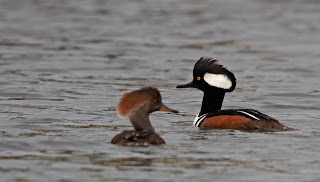 The variety of birds was low but the birds that we saw were very approachable. Take these birds for instance. Gorgeous! This Snow Egret was only a few feet away looking for a handout: 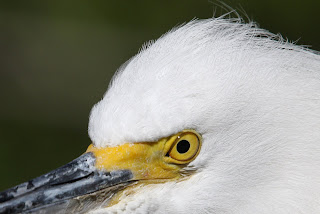 And this beauty (well, his mother thinks so anyway). A Black Vulture that was released from the rehabilitation center but still hangs around: 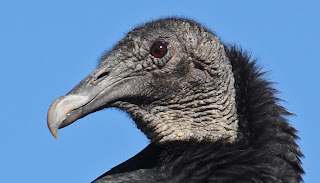 This Wood Stork takes the beauty crown though. Don't you agree? 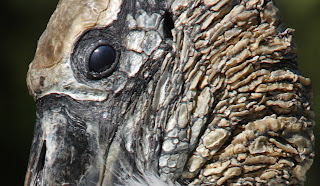 After seeing the close-up of the wood stork, I kinda wish you didn't have the 500mm lens... Eeesh!