We made the trip to Florida again for Christmas this year to see my Mom and Connie's sister. I make the most of the trip by going birding (what's new right?) Not much going on in The Villages bird-wise but we did get to see these Sandhill Cranes wandering around the Sheriff's Office parking area. 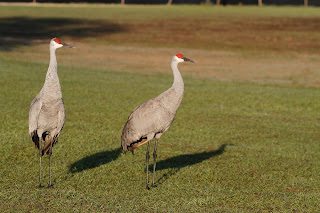 I also spotted these Cranes at Harne's Marsh this week. Look at how messy the juvenile's feathers are. They were honking at the park ranger's truck going by. 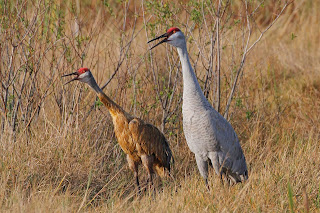 I also found a few other notable birds at the marsh including a life bird - Gray-headed Swamphen. I have seen a few before but never entered the sighting into eBird. Now, I can "officially" count it as bird # 1224. 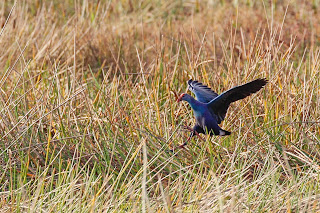 There were lots of Tri-colored Herons at the marsh. This one was close to the path and didn't mind me and Peanut. 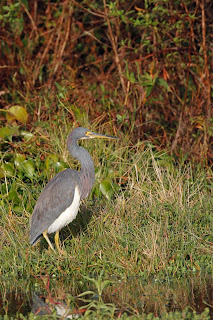 I also went to my favorite location near Punta Gorda - Babcock-Webb NWA. This is a huge wildlife management area that is a big hunting destination. This week, the park was so crowded that the campground was overflowing. I still had fun and saw some good birds. Anhingas were everywhere. 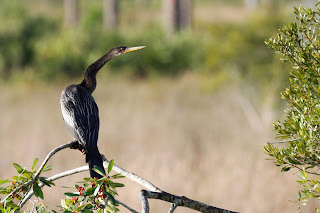 This Osprey was sitting quietly until he spotted another one flying past. Then, he started that squeeky crying. 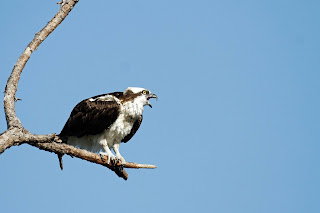 Least Bitterns are very hard to see. They are secretive, camouflaged and stealthy. I caught this one jumping from one clump of reeds to another then spent time waiting for it to get into position to be photographed. This is the best shot I could get. I think you can get the idea of how small they are. 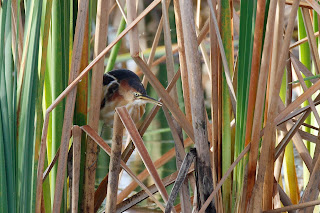 This was the best bird of the day for sure.
Posted by Linda