I DO want to be a member of a club that would have someone like me as a member.  I really do.  And my membership application was accepted!  I am now a member of one of the oldest birding clubs in America - the Delaware Valley Ornithological Club (God, I hope I spelled that right - they might throw me out). I attended the 122nd Annual Members Meeting on Thursday.  I brought a Jewish Apple Cake.  I thought that was a good first impression.  I was the only "member" other than the entertainment committee to bring something.  The meeting was held at the Academy of Natural Sciences!  Really exciting.

Really boring membership meeting stuff started the meeting.  Stuff like reading the minutes from the last meeting, electing new board officials who already knew that they won election, committee member stuff, a review of the budget, and then the treasurer gave a presentation on the history of the club (that was actually interesting).  He ended the presentation by inviting everyone for refreshments which included talapia with wild rice, salads, and beer.  Yes beer.  I knew that I made the right choice when they showed me the beer.

My first involvement with the club - other than making the cake - was to be involved with the Annual Philadelphia Winter Bird Census. Oh boy, they need my assistance.  I was assigned to Pennypack Park Environmental Center area off of Veree Rd which I know very well.  I wondered why I was the only one assigned there.  The other DVOC members were fanned out across the city and at other ends of the park.  Well, I soon found out why.   I spent 6 1/2 hours trolling the woods and got a whopping 31 species.  31.  The others were down by the river wracking up great birds like Bald Eagles and stuff.  My best bird of the day was: 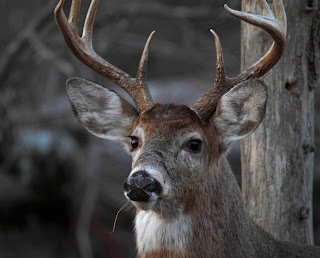 They might throw me out of that club yet.  Sigh.
Posted by Linda