After a brief return home from San Diego, I packed my bags and headed right back. This time it was a working trip. We worked in San Diego on Friday and then headed to LA for another session on Monday. That left the weekend for sightseeing and birding. My coworker Sam and I decided to rent a car and drive to LA so that we could do some sightseeing. The guy at the car rental told us that we needed to go swimming after a hard day at work. The water in Southern California is unusually warm right now so we took his advice and headed to the beach. Our first stop was Kohl's department store to buy swimsuits. Our next stop was La Jolla Cove - a ritzy beach village with high end art galleries and fancy cars. Here is the beach.


There were plenty of people there swimming in the surf. Others were swimming long distance across the cove. A few were snorkeling to see the bright orange Garabaldi fish that were swimming around. And we were all swimming with these guys!

They were swimming right with the people and lounging on the beach right along side of us. Here is a photo of a beached whale and sea lions. They didn't seem to mind people getting really close.

I made Sam get up super early on Saturday so that we could spend the day driving to Joshua Tree National Park which is in the desert. Not much wildlife out there - mostly landscape stuff. These giant smooth rocks only appear in certain places in the desert. That's Sam standing on top. 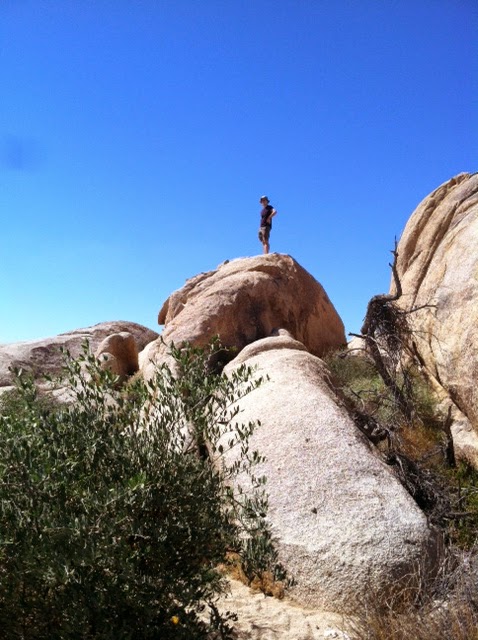 These unusual bushes also show up in certain places, but not everywhere. 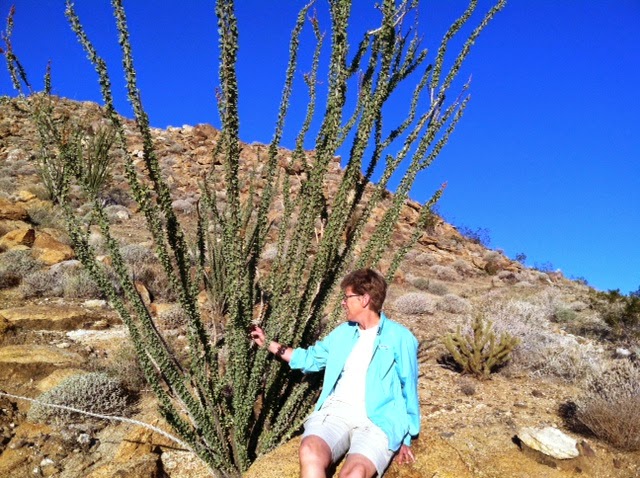 This in an actual Joshue Tree.
I ditched Sam on Sunday. Rather he ditched me so that he could hang out with friends and people his own age. More about that next time.
Posted by Linda

I never knew that beached whales wore glasses! I think we will adopt Connie since you refuse to stay in town. HH