FOB
Three of us went to Palmyra Cove again on Saturday since we had good luck last week and its close.  This place always has a decent amount of birders and we usually see a group from a local bird club.  We've been here enough that we are starting to recognize people.

There's "grumpy woman" who NEVER says hello or asks what is being seen or nothing.  I swear she wouldn't crack a smile even if a _______ (enter very rare and beautiful bird name here) perched on her head.  And she certainly wouldn't tell us about it either. We can pass her on the trail several times and she still won't even nod a hello.  Her mother was right - her face froze that way.

There's "camera guy" who is friendlier and very laid back.  One of those guys that wears a button-up shirt loosely over a teeshirt and you would imagine wears flip flops alot.  He would crack a smile if the ______ bird showed up.  AND, he would tell us about it and even give us directions to the place where he saw it.

Then, there's "Fob" who is very friendly.  We've seen him with whatever group is going through that week and assumed that he was actually with the group. It turns out that he just tags along but is so friendly that the group leader calls him by name.  "Hey Bob, didjya see the Nuthatch?" "Hey everybody, Bob has a Towhee over here"  "Everybody look at the Tennessee Warbler! Good spot Bob" (Bob graciously gave me the credit for spotting the Tennessee Warbler)  And so on. He wears a baseball cap with an "F" on it which us dummies couldn't figure out. We finally had to ask him. F is for Fordham which he wears just because its blue.  So now we call him Fob.  Fob would jump up and down if he saw a ______ and would wave us down from a distance to show it to us.  Fob's ______ bird wouldn't need to be rare and beautiful either.  He made sure to tell us where to find a Palm Warbler which is pretty common this time of year.  Good ol' Fob.

It was also a good photo day.  Here are some shots: 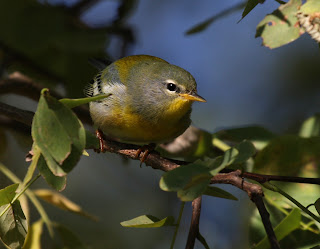 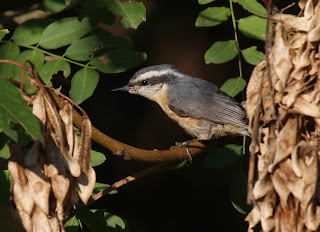 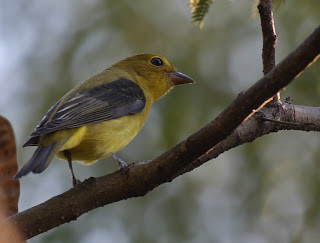 POOP
Today, it was just me, Barbara, and the dogs at Tinicum (John Heinz WR).  Last week, Connie and I sat in the car at the gate with 2 other cars until 7:30.  We asked the men in the 1st car what was going on. They both sighed and told us that "she usually doesn't get here til 7:30 on Sundays even though it's supposed to open at sunrise".  So today, I planned to arrive at 7:30.  We were 8 minutes late and the parking lot was already packed.  We had no idea that today was the "Big Sit" which is a day where hundreds of bird clubs from all over the country record all of the birds that they see in a 24 hour period - from the same 30 foot circle.  The park opened at 6 AM today to accommodate.  We were told by the Tinicum Big Sit team that it wasn't a competition but . . .

We had beautiful weather.  And hundred of birds of the same species.  100+ Yellow-rumped warblers and a thousand swallows, 33 Wood Ducks - Barbara didn't think there were 33 Wood Ducks on the planet let alone in the same view.  Geese are definitely on the move.  A few flew over us while we were on the boardwalk.  I wasn't paying attention to them but Barbara grabbed my arm and yelled "POOP!".  I looked up just in time to see a poop bomb falling towards us.  Luckily, it landed in the water a few feet away from us.  Close call.

Up on the observation tower with the Big Sit team, we were getting good views of Tree Swallows perched on a dead tree.  Then it happened - SPLAT - right on the back of my neck.  Tree Swallow poop on my hat, in my hair, on my jacket collar.  Luckily, the Big Sit team had a roll of paper towels with their lunches.  Yuck.
Posted by Linda