I dragged poor Sam out birding with me yesterday.  Sam is a young man that works at NPower and made the mistake of telling me that he would go along.  So, I dragged him along.  He was very polite and acted interested in the birds.  The first bird we encountered was a Turkey Vulture perched on a fence post that did not move even when we approached within 20 yards or so.  We were birding MLK park which is also known as Arrowhead Marsh (again with the arrows) which is a salwater harbor.  We saw alot of birds.  I'll do another post on it tomorrow.

The bird that was really incredible to see up close was the Surf Scoter.  It is the most interesting of all the scoters.  Here are some photos (pretty good if I do say so myself).

Blogger is being a real pain in my ass lately. The images will not load properly so I have to edit the HTML code myself. The photos may be a little disproportionate. I'll repost them when Blogger is fixed. 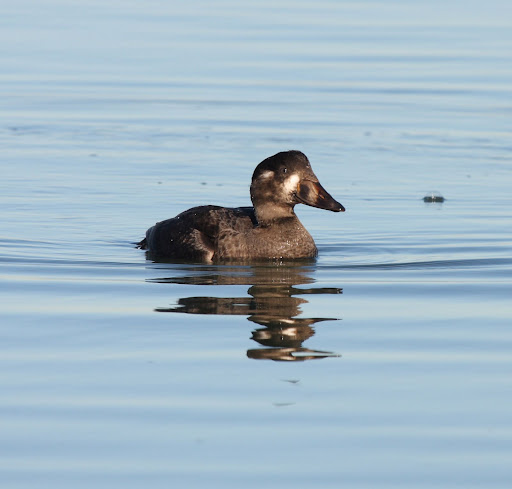 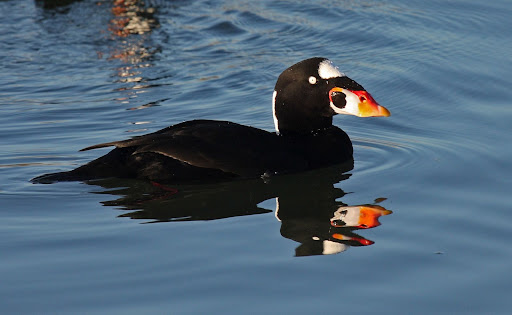 Great photos. They are pretty neat looking birds. I like the bright yellow (white?) eye.

I think the photos are wonderful. What a beautiful reflection you caught in the second one.

Great photos - cool looking bird. I', pretty sure your dragged-along-Sam thought that, too :-)