I'll bet there are alot of blog titles like that today, October 11, 2012 (or 10-11-12).  It has nothing to do with birds or the post, I just thought it was kind of cool.  I have some more fodder from last weekend that didn't make it into the other posts this week so here they are with a little commentary.

Bunker pond at the Lighthouse is beginning to show signs of fall with assorted ducks and other waterbirds. 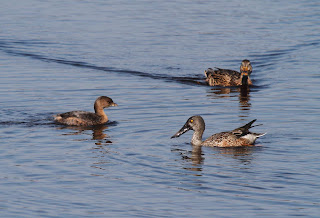 Two different Teal are on the pond now - Blue-winged and Green-winged.  The colored wings are usually only apparent in flight, but you can see which one is the Green-winged in the photo below.  You can identify the Blue-winged teal by the half moon white patch on the face. 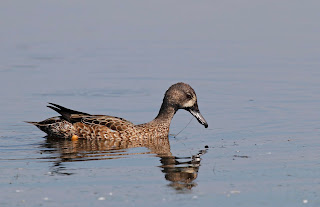 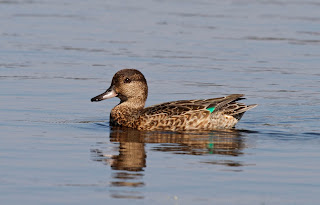 One of my favorite ducks is the handsome Northern Pintail.  These ducks just stand out as elegant for some reason.  I also think that I like these ducks because we had a Pintail sailboat when I was a kid and we named it "Just Ducky".  I could fill a whole blog post with stories about that boat.  Like the time the mast broke when we were in the middle of Lake Galena and I had to get out and tow the boat back to shore.  Anyway, I digress. 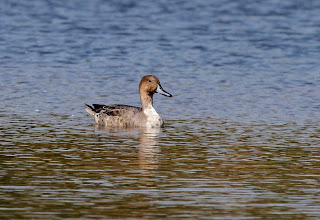 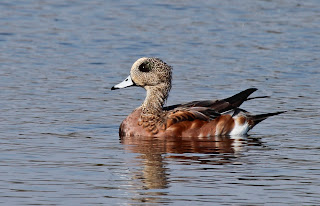 The cutest bird on the pond last week had to be the Pie-billed Grebe.  There were 4 of them, which is quite unusual, but this guy swam really close to the path and allowed me to photograph it up close.  These photos are hardly cropped at all.  Check out that fuzzy butt! 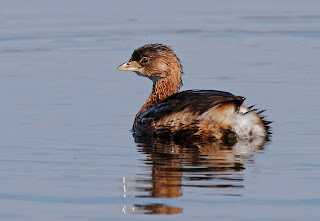 Pie-billed Grebe
Here is the same grebe even closer to shore. He dove underwater and popped up in the middle of some weeks which covered his back.  Don't worry, he dove under again and got rid of the weeds.  It was pretty cool watching him swimming around underwater. 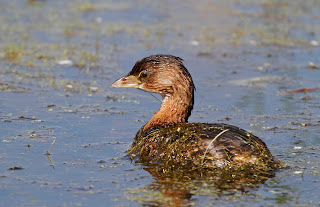 The final photo for the day is the iconic lighthouse shot.  Hundreds and thousands of people visit each year and take this photo.  What is so special about mine?  First of all, it's pretty good.  Secondly, it shows the hawkwatch platform that that hosts hundreds and thousands of people each year including "famous" birders like Pete Dunne who wrote the book on Hawk Identification. Third, it shows Bunker pond which is where all of the ducks in this post and the skimmers and terns from previous posts were photographed.  Last, and certainly not least, there are 2 Caspian Terns in this photo just to the right of the lighthouse! Really great photography and your writing gets better and better.

THH came out of retirement! I knew it!

Great post. I love seeing all these different ducks. It means that sweater season is upon us.